After an amazing night at the Figure and Bikini Pro show, I couldn’t wait for the Men’s Body Building finals.  I was invited back with some other models to do the trophy presentation for this show as well!

On Day 3 I got to spend the whole day with Fran – shopping and eating!

I had to be back at the Convention centre at 6:30pm for the Pro Show, (and of course true Naomi style I was running late!). After a mad dash to get ready Jake and I headed to the show.  He was going to watch the show.

We went to the green room again before we were needed to be side stage.  We were just hanging out on the couches while waiting… and India Paulino walks in! India won Bikini Division at Arnold’s Ohio and just won the Australian title.  Of course I had to get a picture with her (see below)! She is so tiny and such a sweet person! She seemed like so much fun too, which I love!

We soon went side stage and I was so blown away when I saw Kai Greene, he was standing SO close to me. He was SO focused, as were all the other competitors. It was awesome to be around such high level of athletes!

We were shuffled back stage once they were setting up for the Strongman competition. While we were backstage we met all the Strongman finalists (see pic below)! We even met Thor, he is about 10x bigger than me!

It was time for presentations for the Mens Body Building. Again we were just required to walk the sponsors out. We had a little bit of confusion on what to do; I felt so awkward at times as I was a little unsure on what to do but still had the best time out there!

I got to walk out with IFBB Pro Sergio Oliva Jr to present Cedric McMillan with his 2nd place medal (see pic below). Did I mention I got to touch SERGIOS BICEP?!

When I got off stage I waited close to the curtain to watch Kai Greene be presented with his Trophy… next minute… The man backstage says over his earpiece ‘sending model out with Kais jacket’ he passes me the jacket and told to  get on stage!

I walked up to Kai… I was so nervous. I handed Kai the Arnold Classic Australia jacket and he said to me ‘that’s a nice jacket’

WOW, this is by far one of the craziest experiences of my life,  I will never forget it.

Once the show wrapped up I was on such a high but I was also so tired!  I met Jake in the lobby and we headed over to the casino to met up with Fran. The Melbourne Casino is insane! It’s so massive and was so busy. I started to feel really sick so we decided to head home earlier than I wanted to. I had my photo with Arnold Schwarzenegger planned for the following day, so I wanted to be at my best.

On Sunday I woke up extremely sick, I know this was only because I had eaten some foods that I hadn’t eaten in a long time. I got dressed for the day and I laid on the couch and went back to sleep. I was so unwell. We had to check out before we left for my photo with Arnold and I am so thankful that Fran and my mum had packed up the rest of my things.

Once we raced to the plenary area I met with Simone and received a PLATINUM VIP Pass! I was super excited to meet Arnold and I was also so nervous!

I was still feeling crazy sick and I was sipping on BCAAs while waiting. I was trying to compose myself.

Arnold had a Seminar straight after and we were able to stay for this – I lasted about 25 minutes before I had to run out to throw up! It was so horrible. I wish I were able to stay for the whole seminar. Once I was sick I decided it was time to go and I met up with Mum and Fran and we headed to the airport. I literally jumped from my taxi to theirs and we drove straight to the Airport.

Once we were on the plane we were all so exhausted. I slept!

What an experience,  this weekend in Melbourne was by far one of the best experiences of my life. I meant some amazing people, I had so much fun with my friends and created some pretty cool memories. I will never forget this trip! 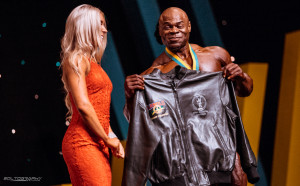 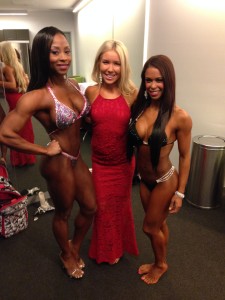 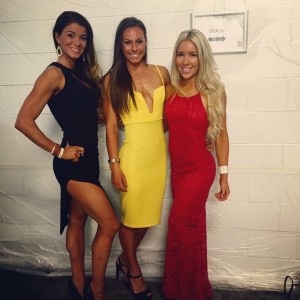